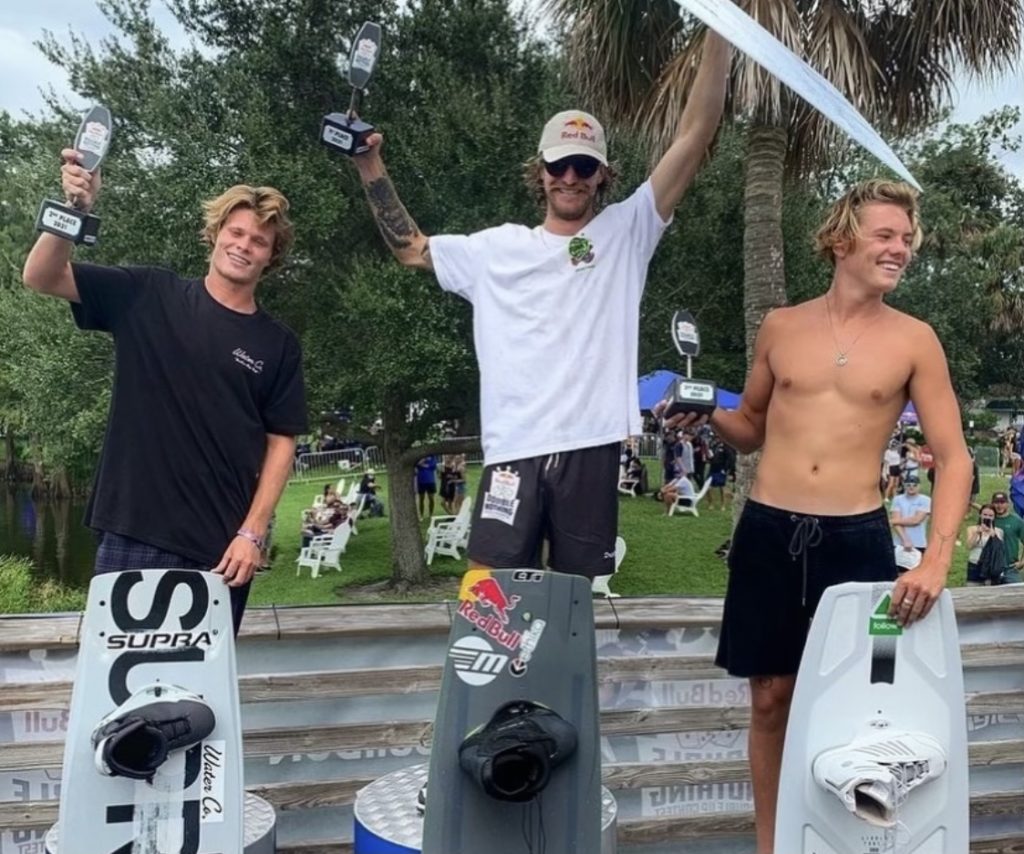 What a jam packed weekend for wake! Massi Piffaretti had a Red Bull launch party, Liquid Force won the PWT Team Challenge, some hammers were dropped at Parks Bonifay’s Double or Nothing Contest, and so much more! So much action packed into one weekend, and our AWS team got to be a part of it all.

5 am Wednesday Morning
The itch one gets to catch an early morning glass set, to be the first to paint the mountain after a fresh powder dump, or to make it to the coast and catch that swell just right, are all comparable to the early morning stoke we felt Wednesday. Except rather than hoping on a board, the AWS team hopped on a plane for Orlando. Surf Expo, after a COVID hiatus, was finally back!

Highlights for 2022
After landing in Wakeboard, USA, we took a quick drive to Orange County Convention Center to check out Surf Expo. A plethora of dealers showed out, and everyone was sporting their 2022 line ups. Year after year, around this time, new line ups come out and we’re always stoked to see it. But being right in the heart of it all felt pretty special. Here’s some of our favorite’s for next year to be on the look out for!

Ronix is bringing Boa back to wake.

Noah Flegel has a new skim shape with Hyperlite.

And much much more we’ll try and keep quiet about for the time being!

Massi’s Red Bull Launch
Speaking of 2022 Highlights, Massi’s new signature boot with Red Bull was a highlight in itself. The pizza boy had himself a launch party in similar scale to Kanye. A who’s who of wake, all of the beers, and enough Red Bull to go around gave this new boot for 2022 the welcome it deserved. If being one of the highest performing boots on the market wasn’t enough, for 2022 you’ll be able to ride in performance and style. Possibly the freshest collaboration to hit wake since Shane and Jetpilot brought pro ball to the water.

PWT Team Challenge
Thursday afternoon, the AWS team watched from the dock as a stacked line up of riders threw down. Except in this event, riders looked to stomp their runs for the sake of their team. Oh, and some bragging rights, and a $30k cash prize. For more on that, check out our previous blog – PWT Team Challenge.

WWA Wake Park World Championships
The WWA Wake Park Championships wrapped up in Orlando, Fla., over the weekend as well. After an impressive showing from Trent Stuckey at the National Championships, taking the top spot in both Traditional and Features, the World Championships title was his to lose… and lose he didn’t! At Worlds, Trent finished first in Traditional and second in Features to take the overall top spot in both. We also saw a solid performance from Guenther Oka, taking second in Traditional at this event. As well as a flawless final run from Gavin Stuckey, showing up big bro and coming away with the win in Features Only.

Wake Sports Hall of Fame
The Wake Sports Hall of Fame boasts an incredible list of greats like Scott Byerly, Herb O’Brien, Jimmy Redmond, Shaun Murray, Parks Bonifay, Darin Shapiro, and more. Friday night, the AWS crew grabbed some drinks, kicked back, and watched Danno the Manno welcome in the 2021 class. And if you didn’t know already, Shane Bonifay got the nod this year, one of the most notable and integral athletes in the sport. Shane’s style set the tone for riding in the 2000s, and has carried the same energy into his current role with Liquid Force, pumping out timeless films and edits. Joining Shane in the Hall of Fame for 2021 is Emily Copeland Durham, Jeff Heer, Rick Lee, Tom James, Doug Dukane, Gary Warren, Tom Carter, Cathy Williams, Todd Weatherill, and none other than Jeremy Kovak. These athletes and innovators paved the way for all the current riders and riders to come, and it was a quite a special night being able to honor them. 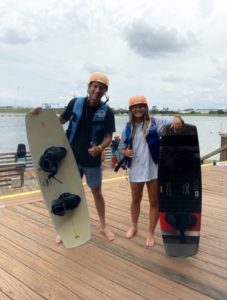 Some of the crew got out in between all the action and took some laps at Orlando Water Complex. This was pretty rad, being located in the PNW, we’re hours away from the closest cable park, so this was a nice switch up from the boat!

Eighth Red Bull Double or Nothing Contest
Red Bull’s Double or Nothing Double Up Contest returned to Orlando, Fla., on Sept. 12 for the eighth year, showing sixteen of the best riders going for their biggest tricks for winner-takes-all bragging rights and a cash prize. Massi Piffaretti claimed the top spot, with Tyler Higham and Sam Brown close behind.

Miss the big hits live? Check out the full stream below.