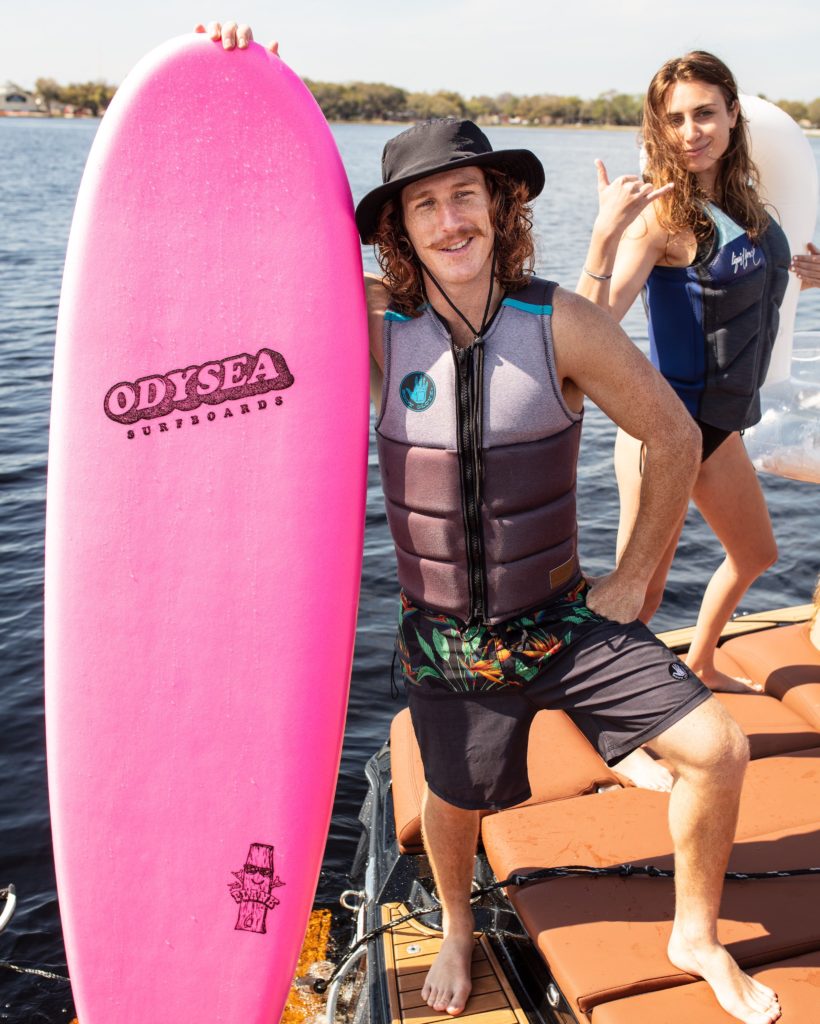 Bob Soven – tv actor and professional wakeboarder has recently shared on his instagram (@bobsoven) that he will be returning to the competitive wake scene this upcoming season. It became obvious that Bob had his sights set on taking down his rivals as he began to pick them out one by one on his Instagram story late Tuesday night. Wakeboarders such as – @coryteunissen , @tonyiacconi , @dirtymikedowdy , @noahflegal , @harleyclifford and more were targeted by Bob’s competitive tirade. Saying comments like “see you on the podium” or “see you on the water” 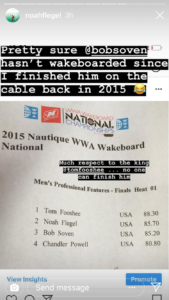 Things then got a little heated when Bob went after Noah Flegal. Noah did not take the post lightly as he began to challenge Bob stating that he is a better wakeboarder. Noah then took to social media asking the ladies of Instagram to take one for the team and help out the “Busted Nose Bandit.” Not sure what that means but one thing we do know is that Noah has spent the last 8 months recovering from a knee injury. After tearing 3 ligaments and sustaining 2 surgeries he may have his work cut out for him against seasoned veterans like Bob Soven. Bob is no stranger to injuries. He recently went under the knife to get some tendons cleaned up in this hand. When we reached out to Bob to ask how he was feeling he replied: “Fine.”

Here are a few of their back and fourth posts — 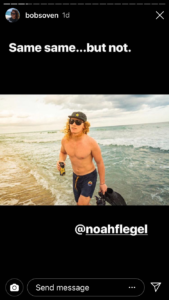 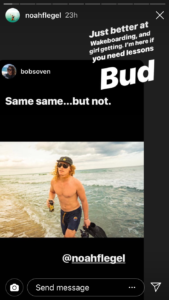 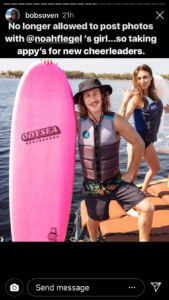 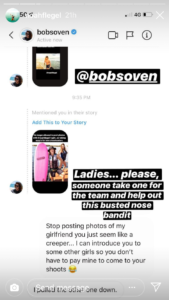 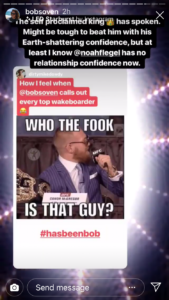 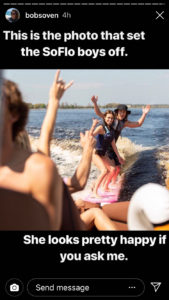 Yikes. The two continue to go at it. Noahs friends also reach out to Bob which he screenshots and shares on his story too. Noahs girlfriend Mallory responded to all this on her instagram saying “PSA: Ladies if you’re every asked to do a @mcboatcompany photo shoot don’t do it,  Bob Soven will probably harass you after” … Ouch. They will both have to settle their differences out on the water.

The big story here is that Bob is getting back out there and we couldn’t be more stoked. So stay tuned for that…

Save BIG on Your New Boat! The Malibu / Axis Year End Sales Event is here and the best time to buy is now! That…