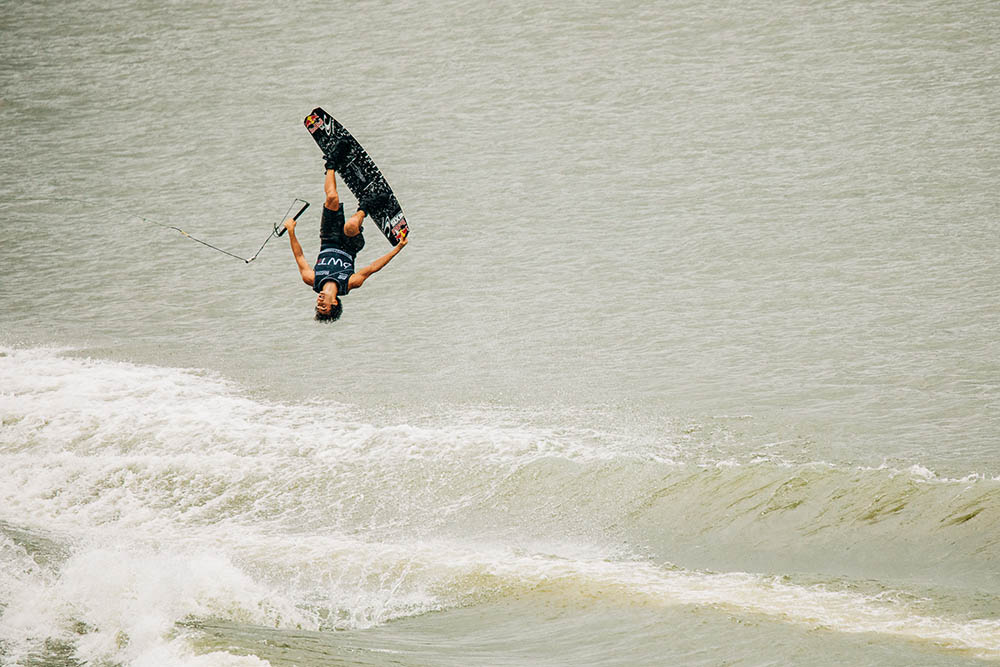 On the last stop of the annual Pro Wakeboard Tour series at Lake Lanier in Atlanta, Ga., Liquid Force rider Guenther Oka crushed the competition with a nearly-perfect run to secure the top spot. His first run of the final heat displayed an incredible line in otherwise rough conditions, and his second run showed off an almost perfect score, securing the gold on the podium. Close behind was Ronix rider Nic Rapa in second place, who proved to be the most consistent competitor throughout the tour. Sam Brown rounded out the podium, proving his skill in the challenging water conditions with his experience learning to wakeboard in the salt waters of Australia.

In the Pro Wakesurfing sector of the tour, Taylor Swanson took the title with one of the highest heat scores of the year. In second place was Sean Silveira, who won the other two live events this season. Michigan native Nick Parros landed in third, making his first final and podium appearance of the year.

For his second win in a row on the Pro Wakeboard Tour, Parker Swope placed first in the Junior Wakeboard Pro live finals, just a few weeks after taking the top spot in the digital event. Swope has been training with mentor and legendary rider Mike Dowdy, and that progression shined through last weekend. Cody Hannicutt took second, marking his best finish for the year. Tanner Higham came in third, placing himself on the podium for the first time this year, too.

The final Pro Wakeboard Tour event of the season, the Team Challenge, will take place as part of Surf Expo in Orlando, Fla., replacing this year’s Wake Awards. The event will be an after party of sorts to celebrate the incredible year of riding and will pit each board brand against each other to see which brand claims to have the best team and to take the $30k prize home. Teams will consist of three riders, one woman and two men – two riders will complete two three-trick passes and the other rider will complete the best of two double ups. The overall top score will win the cash prize. Invited brands include Liquid Force, Connelly, Ronix, Hyperlite, Slingshot, O’Brien and a wild card team. The Team Challenge is going down at Buena Vista Water Sports on Sept. 9.