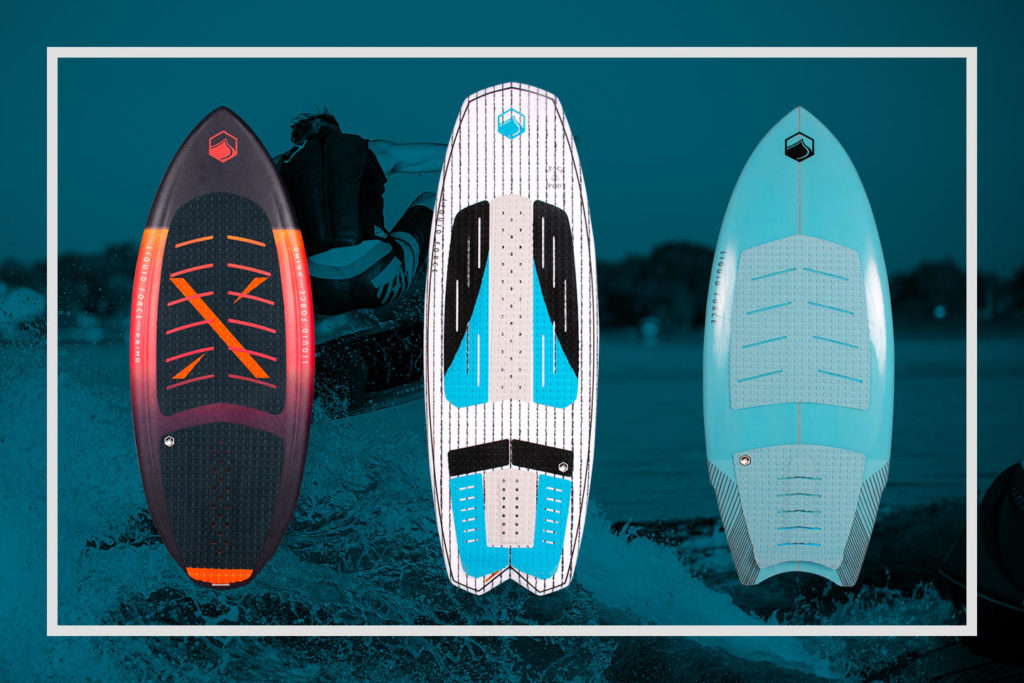 Liquid Force 2020 Wakesurf in stock now! We did some product testing to see whats new for this year…

Another rider favorite got a fresh, new makeover for 2020. The Liquid Force Dart Wakesurf Board has been Shawn Watson’s go-to surf style performance board for countless years is now faster and quicker than ever before. It’s makeover including lots of changes from years past. A narrower outline makes the Dart quicker from rail to rail on turns and increased planing surface adds new top-end speed. The most visible change is its eye catching moon tail shape. This update gives the Dart a looser fan than previously, making for easier spins. The five fin configuration is all about versatility. Depending on your mood that day, you can ride it as a thruster or quad fin set-up.

Tommy Czeschin’s pro model Liquid Force Primo is a fun, hybrid shape that offers equal parts skim and surf style. A versatile ride, its fin configuration drastically changes how it rides. Use the single center fin for a more skim feel or throw in the twin outside fins for a more surfy feel. The shape is freshly updated for this year with a wider tail, creating increased feel on the water. Built in their Durashell Construction that wraps its lightweight foam core in a durable outer shell that won’t ding or dent.

Liquid Force took their beloved Pod shape and infused it with today’s advanced technology to create their hardest charging surf style board yet. The Liquid Force Space Pod is an out of this world ride! The Space Pod has only slight changes in its shape when compared to its predecessor. A slightly narrower outline allows for quicker, easier turns while the split tail shape increases drive down the line. The upgraded board construction is what makes the Space Pod head and shoulders above the original Pod. It is now lighter, faster, and more high performance than ever before.

Liquid Force gear is in stock with free shipping on orders over $199 and no sales tax. Check out all the latest pro model wakeboard…